Harbor Urban encouraged by pace of leasing for Alto units

The first wave of new apartments are coming on line, and the early results for one project show why developers are so eager to build in-city units.

Nearly half of the 184 units have been leased in Alto, a 17-story project at Third and Cedar in Belltown, and the developer, Harbor Urban, says it is averaging one lease a day. Officials hope lease-up will be done by the end of summer.

Harbor Urban would not provide rents on a square footage basis, but said tenants are paying between $1,500 and $1,650 for one-bedrooms, most of which are 585 square feet. Near the end of construction, the company offered tenants deals, but now it is giving two weeks’ free rent only for non-view units on lower floors and the back side.

Based on the numbers, is Harbor Urban planning to start its next Belltown project?

“The success of this is really encouraging us to look hard at that,” says Martha Barkman of Harbor Urban.

The timing and strategy for Alto were prescient.

Work started in late 2010 as the region’s economy began showing a few signs of life, with Amazon.com and the Bill & Melinda Gates Foundation opening their headquarters nearby. Demand for housing was rising, but construction of new apartments was at a 40-year low.

The company knew it couldn’t build the same old thing. About 80 percent of the apartments in Belltown are single-occupant units, but many are too large and too expensive for most people, said Barkman.

“We tried to get something in the $1,500 sweet spot,” said Emi McKittrick of Harbor Urban.

More than 90 percent of Alto’s units are one-bedroom with different floor plans. The rest are two-bedrooms.

The apartments are smaller than those built in the last cycle, but they have space-saving features such as built-in desks and closet drawers.

The project has high-end finishes and amenities that include a large rooftop deck with Space Needle views and a dog walk area that is automatically washed twice a day.

Alto went up on the site where a union hall for the Musicians Club of Seattle had been. McKittrick said the project tries to subtly reflect that.

“This is not EMP Apartments,” she said, referring to the nearby Experience Music Project at Seattle Center.

The facade near the entry is a curved with a guitar-like form. Tenants get subscriptions to the online music service Pandora, and there’s music-themed art in the common areas.

McKittrick said these details resonate especially with tenants from out of state who are intrigued with the history of Seattle’s music scene. About half of the tenants are new to Washington state.

They range in age from 20 to 60, but most are in their early 30s, and work for Amazon.com, the Gates Foundation, Microsoft and hospitals on First Hill.

“We are really hitting that target market that needed to be served,” Barkman said.

Alto’s website is the main driver of tenant traffic, though the curved facade with touches of purple and lime green also draws in people, McKittrick said.

Designed by Hewitt, the building stands out on the city’s predominately beige-gray-black skyline.

Early projects of any kind tend to do well, hence the adage: First one in, wins. The true test of the apartment market’s strength will come later.

Last month, Dupre + Scott Apartment Advisors of Seattle said preliminary research showed developers will open more than 5,000 units this year, and as many as 8,000 a year for the next two years. 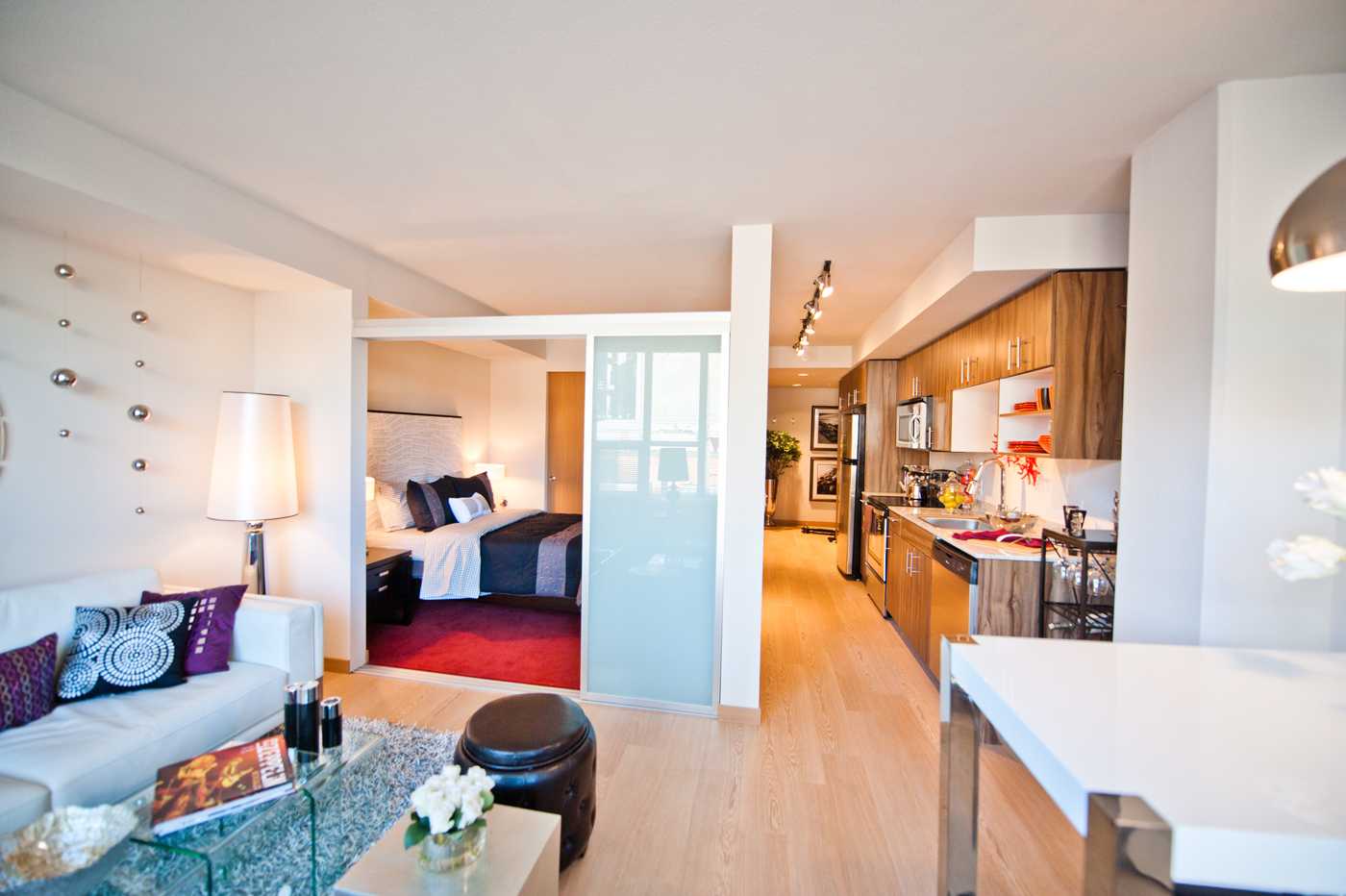 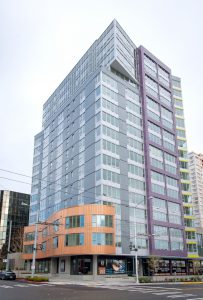