The five-building Auburn complex will be on a vacant 10-acre lot. This image shows The Villas @ Auburn, which will have 295 apartments with no age restrictions.

California developer AVS Communities is taking a liking to the Puget Sound area. In addition to opening apartment complexes in Everett and Renton in the past year, it has more than 2,300 units under construction or in the pipeline, including 592 units that it is seeking permits for in Auburn.

Most of these units are for seniors.

AVS of Laguna Beach is represented locally by CG Engineering, which does planning as well as civil and structural engineering for the developer.

The spokeswoman says the developer is also looking at other sites around Puget Sound.

The Auburn complex will be built on a vacant 10-acre lot behind the Lowe’s store, bounded by 10th and 14th streets Northwest and A Street Northeast and B Street Northwest. It will consist of five buildings: one containing 297 independent senior apartments called The Reserve @ Auburn and the other four containing 295 apartments with no age restrictions called The Villas @ Auburn. A sixth building will house a clubhouse with a pool and other amenities for the non-age-restricted apartments.

The senior building will have a pool, social rooms and courtyards.

About 11,000 square feet of commercial space is planned on the ground levels of four buildings fronting A Street.

All the apartments will be affordable.

Charles Morgan & Associates is the architect.

AVS Communities’ first project in this area was Villas at Lakewood in Marysville, which opened in 2014. All of its projects today are in Washington, but it built projects in Washington, Oregon, Idaho, Nevada and California as part of a past development company. 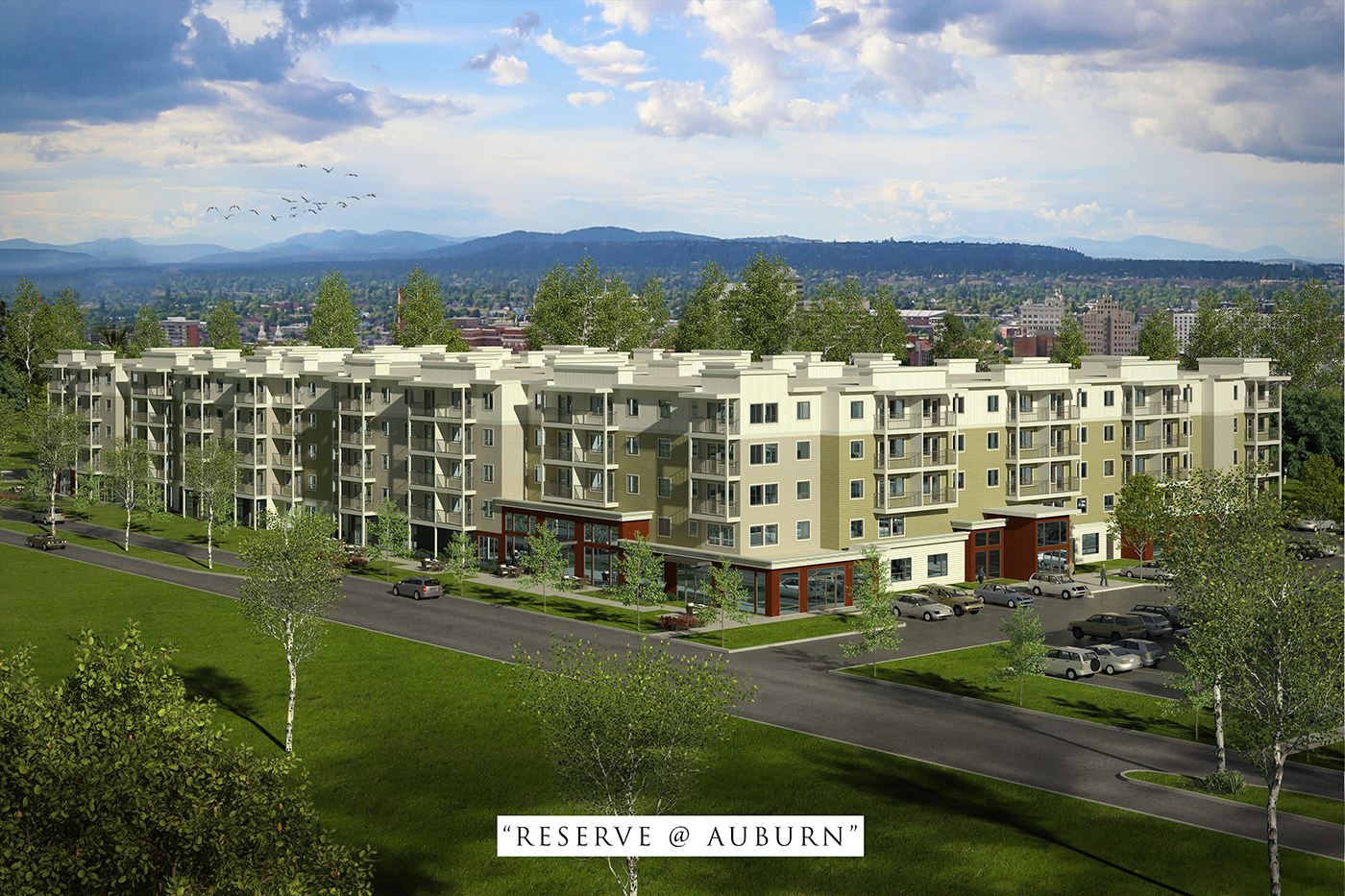