Bell 206 will have 122 apartments on seven floors. Construction could start in a few weeks.

Seattle apartment developers Ed Hewson and Jon Breiner this week acquired a quarter block next to a site where they’re planning a high-rise apartment in Belltown, but they do not plan to enlarge the project.

They are, however, close to starting another project nearby: Bell 206. The 7-story complex will have 122 market-rate apartments over street-level retail and three levels of underground parking.

“We think we’re within weeks, not quarters,” said Hewson. He and Breiner are close to securing financing for Bell 206. Friends and family members are the equity partners.

Hewitt designed the project and Exxel Pacific is the contractor. City records show a master-use permit has been issued but not a building permit.

This week, Hewson and Breiner’s HB Management paid $5.5 million for the property at Third Avenue and Vine Street. A Texas LLC affiliated with Rite Aid sold the site, which is occupied by the drug store. It’s south of where HB is planning a large apartment project and currently occupied by a small office building.

Acquiring the 21,920-square-foot store on a little less than a third of an acre gives HB flexibility and an income stream. “We couldn’t not buy it,” Hewson said. He declined to give the cap rate.

HB plans to start the high-rise apartment next door during this cycle. Hewson said construction could start in the second quarter of next year. He said Hewitt is working to improve the design.

Hewson and Hewitt have applied for land-use and building permits for a building up to 26 stories with about 310 units and 4,000 square feet of at-grade retail as well as underground parking for 160 vehicles.

A number of groups want to finance the project, according to Hewson, who said lenders like the location. “It’s Belltown.”

Harbor Properties’ 17-story Alto is under construction across the street. Exxel Pacific is the contractor on the 184-unit Alto, and Hewson said he and Breiner are consulting with the same company on their project. 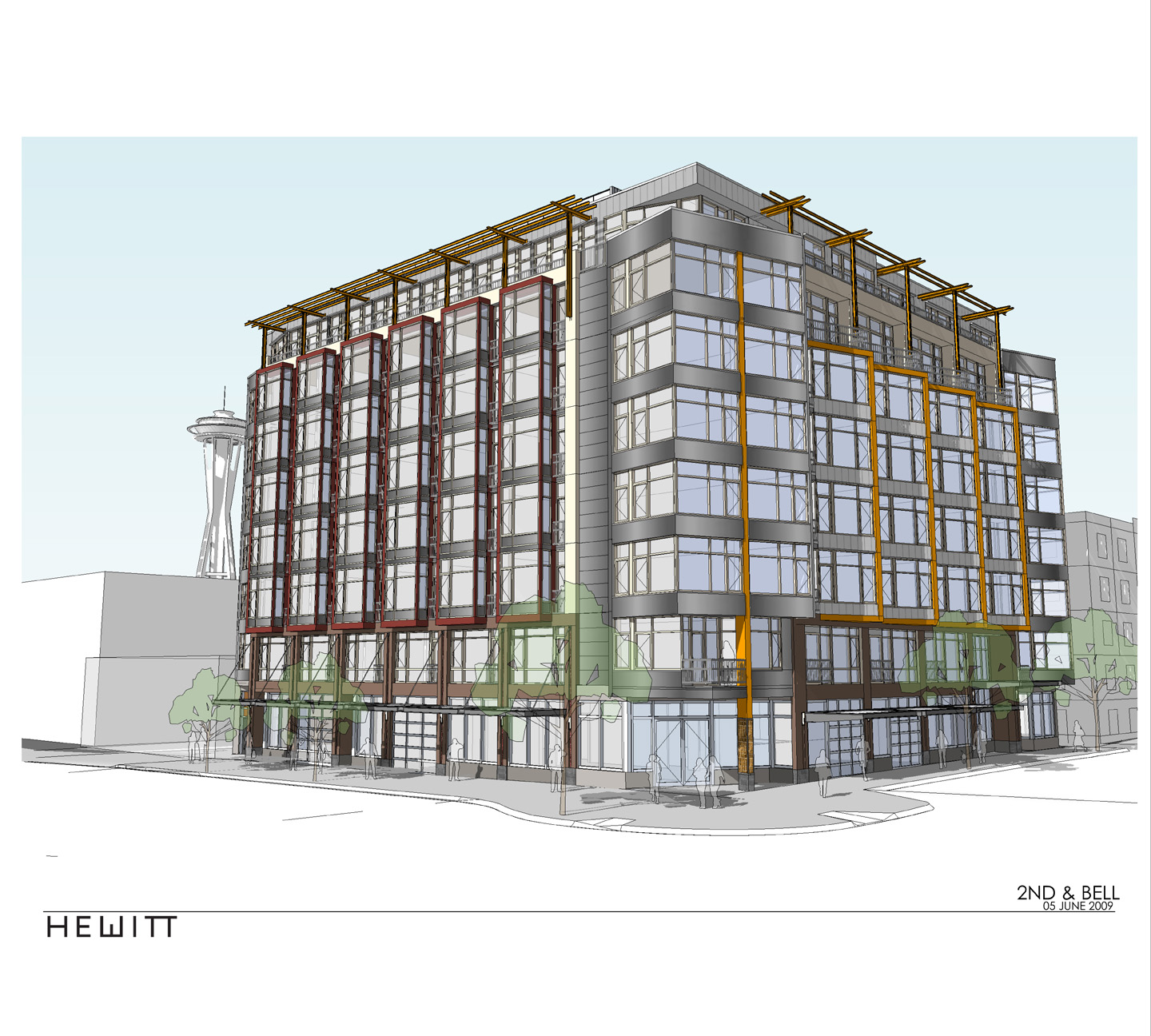