Construction will begin this week on Broadstone Koi, a six-story, 180-unit apartment complex at 14th Avenue Northwest and Northwest Market Street in Ballard.

Two buildings separated by a courtyard will face Market and Northwest 54th streets. Units will include studios, lofts and one- and two-bedroom apartments. Twelve live-work units and underground parking for 155 vehicles are also planned.

The developer is Phoenix-based Alliance Residential Co., which owns the 91-unit Domaine apartments near Lake Union. Nicholson Kovalchick Architects is the architect, and Exxel Pacific is the general contractor.

The vacant site is on the south side of Market. Completion is set for early 2013.

Permit applications for the project were first filed in 2006 by different owners. According to King County records, a group called Market Street Apartments LLC sold the site to Broadstone Ballard for nearly $7 million in 2008. The master use permit was extended then to late 2013.

An earlier version of the proposal, also designed by Nicholson Kovalchick, called for 155 apartments, eight live-work units and 4,000 square feet of retail, with below-grade parking for 164 vehicles.

Michael Godfried, project manager for Nicholson Kovalchick, said the new developer, after acquiring the property, decided to weather the recession for a while before breaking ground.

Broadstone Koi will have a “simple, modern” design, he said. The size and location “really ties to transit and the density hub that exists there.”

The project will seek LEED certification. It will have locally sourced materials, a green roof, triple-planed windows and water- and energy-efficient fixtures. 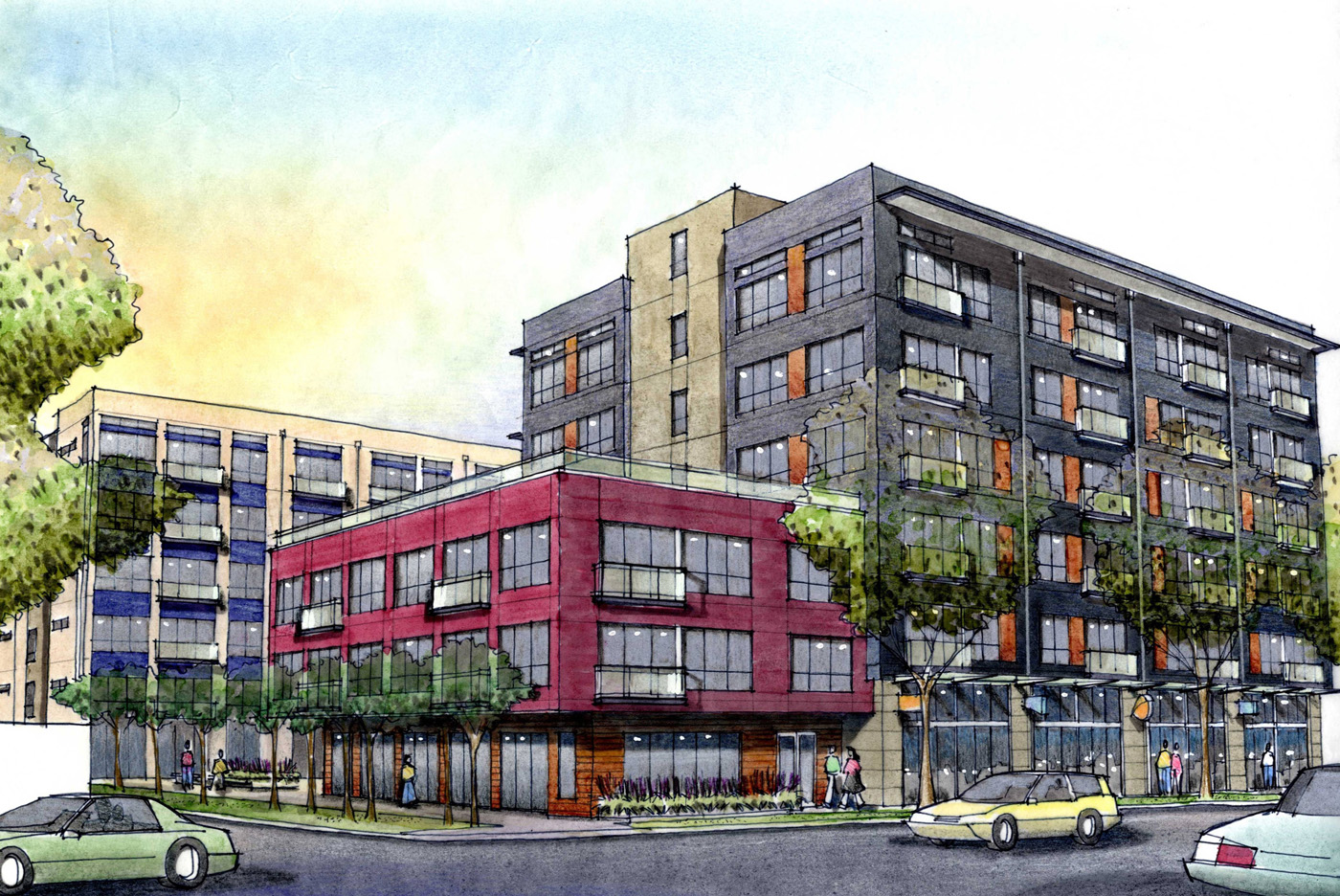