Harbor Properties will hold a reception at its new project, Link in West Seattle, from 5:30 to 7 p.m. Thursday.

Harbor officials said they think the 195-unit complex is one of only two large mixed-use apartment projects opening this year in Seattle. The other is the 351-unit Station at Othello Park in South Seattle.

The lack of new construction and growing demand are fueling the development of new apartments, especially in Seattle.

Fifty-nine of the units in Link were pre-leased at rents that range from $1,050 to $2,500 for studios, one- and two-bedroom units and groundfloor lofts. The retail space has been leased to Bright Horizons day care, Chaco Canyon Organic Cafe and Breathe Hot Yoga.

Baylis Architects designed the project and Exxel Pacific was the general contractor.

Harbor said the interiors were designed to provide “a refined condominium-grade urban living experience.” The lobby has a fountain and touch-screen monitors that stream news and real-time bus schedules, and there are community iPads near the resident mail area.

The hallways have works by 19 local artists.

A rooftop lounge and deck has views of downtown and the Cascades. Other amenities include free wifi in common areas, tended vegetable and herb gardens, and shared bicycles and kayaks.

Link is a transit-oriented project. Metro is increasing the frequency of the West Seattle-to-downtown Route 54 bus that stops at Link. Link is also near the West Seattle transit hub that will be served by a bus-rapid transit line to downtown starting in 2012. 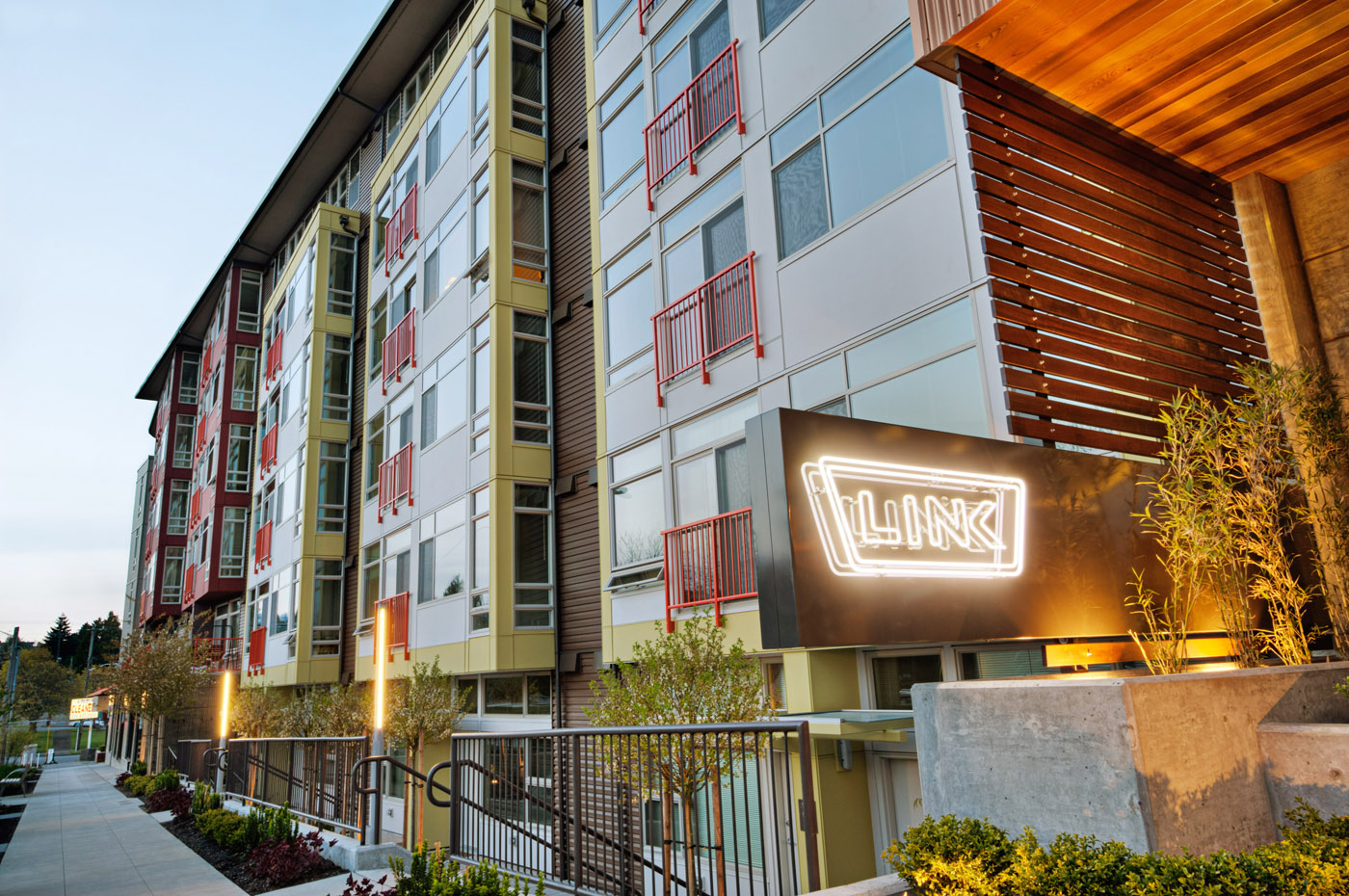