On Thursday Seco Development will kick off construction on three nine-story office buildings in Renton.

They total about 730,000 square feet and are part of Southport, a complex Seco is building is on a 17.1-acre site on Lake Washington between the Boeing plant and Gene Coulon Memorial Beach Park.

Seco is starting without any preleases, according to the groundbreaking announcement. The developer said confidence in the office market and interest from potential tenants are the reasons for starting the $350 million project now.

Seco said last year it planned to start the office space in January 2016 and put in a fiber Gigabit Passive Optical Network, with access to up to 100 GB data speeds. Utility and infrastructure work began last year.

Seco said this will be the largest office complex under construction in South King County, and it will have more than twice as much available space as any other nearby building or office complex.

The buildings should open in 2018.

Seco previously built 383 apartments at Southport, and a 12-story Hyatt Regency hotel is under construction. The hotel will open in 2017, with 347 rooms and 43,000 square feet of conference space.

MG2 designed the hotel and Sellen Construction Co. is the general contractor.

Seco estimated the value of Southport will be about $1 billion. 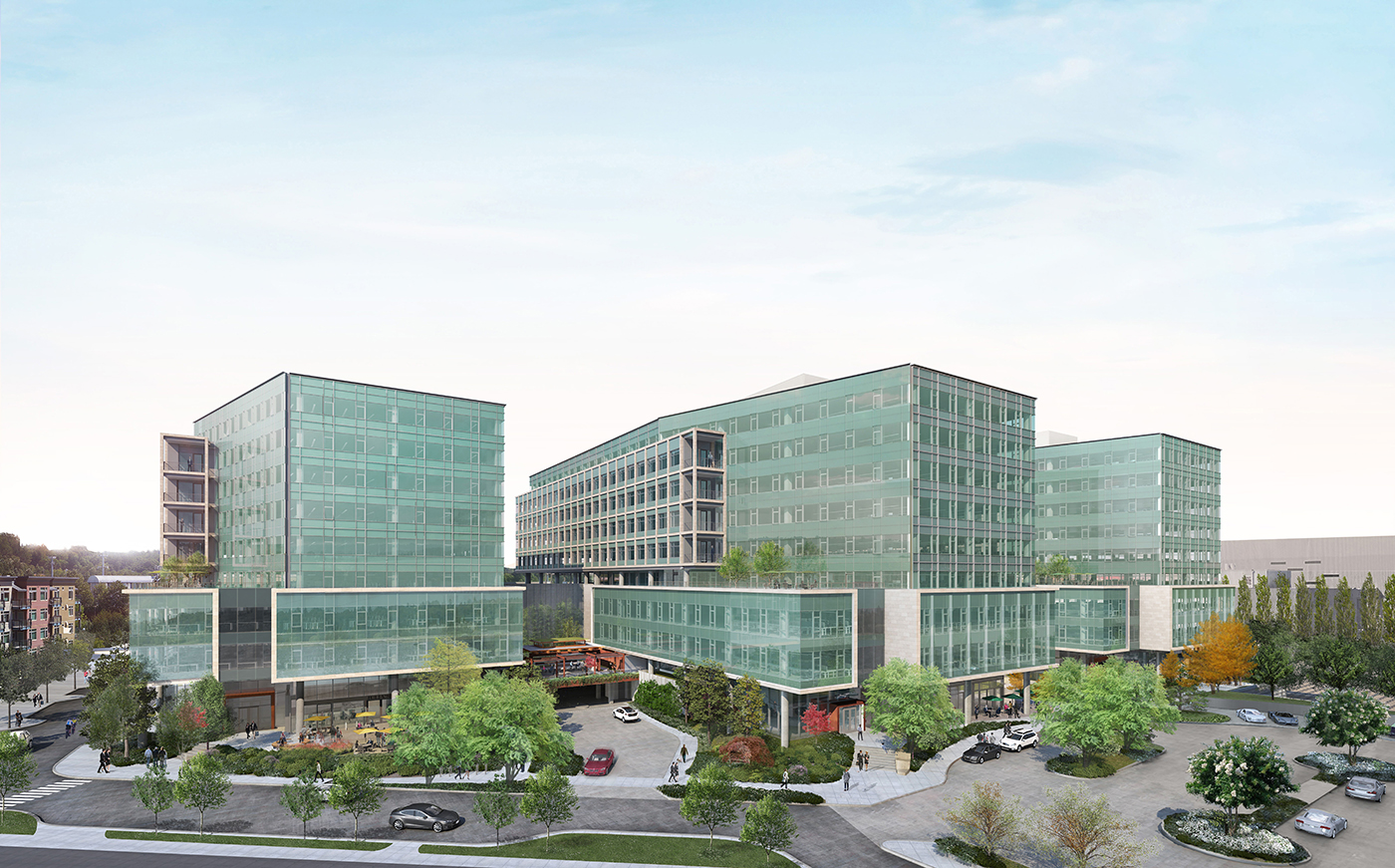