On the Block: Could senior housing be a post-pandemic winner?

On the Block: Could senior housing be a post-pandemic winner?

In February of 2020, a nursing home or senior community was the last place you wanted to be. Or visit. Or move to, if you were nearing a certain age. Just to recall the outbreak at Kirkland’s Life Care Center is to shudder.

Things look much different now, thanks to widespread vaccination within most if not all senior communities. The pandemic actually looks worse outside those doors than inside. If age was a risk factor before the vaccine(s), the demographics and economic clout of an aging baby boom may prove more powerful than coronavirus-related fears about moving into senior housing.

All during the pandemic year of 2020, construction continued on senior housing projects that had broken ground. One example is the new Aegis Living Bellevue Overlake, at 1845 116th Ave. N.E. Exxel Pacific built the six-story, 122-unit project, which was designed by Ankrom Moisan. It totals about 106,000 square feet. 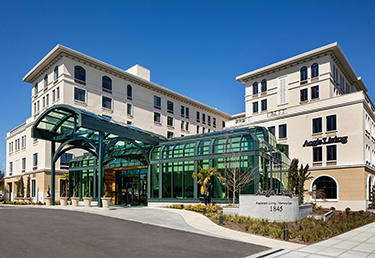 Got your shot, boomer? This could be your new home.

Aegis founder and chairman Dwayne Clark said in a statement, “We are delighted to open a community that is rooted in nature, bringing the outdoors in and creating an oasis in the city, particularly coming out of a year when the COVID-19 pandemic demonstrated just how important home is.”

The project is lauding its biophilic design elements including a solarium with six-foot palms, waterfall and koi pond. There’s also a garden lounge, plant wall and open-air courtyard. And, “A wellness corridor offers massage, a balance studio, and a saltwater pool that brings refreshing therapeutic benefits under a canopy of greenery,” the company said in a press release.

Aegis is using the new community for its wellness pilot program, to be refined and expanded to all its 33 communities, both owned and managed.

In my ongoing tally of pandemic winners and losers in commercial real estate, senior housing may join the cheerful ranks of data centers, cold storage, warehouses, logistics hubs, industrial, self-storage and life science — all booming, all in high demand. Pandemic losers include hotels, sit-down restaurants, traditional retail, malls and maybe office space, too. Apartments, I’d argue are a wash: lower demand and reduced rents in the congested core, but more demand for larger units with home office nooks in the spacious suburbs.

What Aegis and others in senior housing are selling, among other factors, is safety. Seniors who’ve been waiting at home, afraid to sell and move, and those who’ve already moved to senior communities, can now take solace in the fact that about 80% of Americans over 65 have now had at least one vaccine shot, according to the U.S. Centers for Disease Control and Prevention. For those aged 50 to 64, the CDC reports a rate of nearly 60%. The rates keep falling with age, because that’s the way immunization has been prioritized.

That said, immunization rates very from state to state, and socioeconomic and educational advantages also come into play. If you can afford to move into a senior community, or are financially comfortable enough to age in place, you’re in a cohort more likely to be vaccinated. CDC data show that in our state, for those over 65, over 80% have had one shot; and about 65% have had two. Those percentages are about double the rates for our state’s population as a whole.

Thus, 2021 may be a rebound year for a sector in near crisis during 2020. In its recent annual forecast, Senior Housing News and Lument estimated that, based on a 600-subcriber survey, 44% of respondents anticipated an increase in construction this year. (About 35% expected a decline.) The report concluded, “Most expect construction starts to increase or remain the same in 2021, which likely reflects a comeback following the severe slowdown of construction starts in 2020 due to the COVID-19 pandemic.”

After the nadir of 2020, 49% of SHN-Lument respondents thought a rebound to pre-pandemic occupancy rates would come in the second half of this year. About 33% said next year; and a more pessimistic 8% said 2023.

One dampening factor cited in the SHN-Lument report, beyond vaccinations inside a community, is potentially unvaccinated visitors from outside that mostly safe bubble. Among the various tranches of senior housing (memory care, assisted, independent and “active adult”), ongoing restrictions on visitors may be a drag on attracting new residents.

After the end of the fourth quarter, just as vaccinations first began, CBRE emphasized baby boomer demand for future senior housing, and thus a strong long-term market. By 2030, over 74 million Americans will be over age 65. That figure will grow by 20% to 88 million by 2050. The U.S. Census estimates that 9,000 boomers turn 70 every day. At the same time, American life expectancy continues to grow, even allowing for the pandemic.

Senior housing can be tracked as part of the broader healthcare industry, and CBRE compared the performance of healthcare REITs, like Welltower and Ventas, to those specializing in self-storage, hotels, malls, offices, etc. All shares sank during 2020. But, as of last month, “Healthcare REITs have rebounded the strongest, trading at approximately 11.5% above their year-to-date lows as of the close of March 8th trading, outpacing the rebound in other asset classes.”

CBRE analysts write that, thanks in part to vaccinations, “pent-up demand is reviving occupancy.” No surprise, CBRE data show that senior housing occupancy rates fell markedly last year, with the biggest dip in nursing care — which people were avoiding at all costs.

On the supply side, new construction is less than 1% of market inventory, the lowest level in four years. Says CBRE, “Developers became more cautious, and the construction financing became scarce.” Looking ahead, “The fundamentals are strong, and the upside will come through we believe, in Q2 2021 and beyond.”

During that same period, this summer, Aegis hope to open its 106-unit Kirkland community. Also this summer it also plans to break ground on its 135-unit Five Corners project, near Laurelhurst.