After putting it on the shelf earlier this year, the Wolff Co. is moving ahead with a seven-story, 260-unit project at 714 E. Pike in Capitol Hill’s popular Pike/Pine corridor.

Greg Van Patten, vice president of development, said work will begin November, and the apartments will open in the spring of 2015.

Pike Motorworks will have two buildings on either side of a mid-block public path.

Van Patten said it was originally financed through a fund that had several projects on a similar timeline. Planning for Pike Motorworks caused it to fall behind others in the fund.

“In the spring it became apparent that the timing of this project was not compatible with the rest of the projects in that fund,” Van Patten said. “By the time you permit it and build it, it was too late for that fund.”

Wolff was able to get the project financed through an all-equity fund.

Van Patten said the project will take up much of the block, which is bounded by Pike, Pine, Harvard and Boylston, but several buildings will remain, including offices of Golazo, the Starbird apartments, a Vietnamese restaurant and a pub.

“It’s a real checkerboard design; it’s very interesting,” Van Patten said. “It helped us achieve this unique configuration with the two buildings with the courtyard.”

Weber Thompson is designing the buildings, and Graham Baba Architects is designing the retail space. Exxel Pacific is the general contractor. Coughlin Porter Lundeen is the structural engineer and Magnusson Klemencic Associates is the civil engineer.

Wolff has been active throughout Seattle in the past year and a half. It is planning more than 800 units in South Lake Union, Columbia City, West Seattle and Capitol Hill. Wolff also plans to turn the Sunset Electric Building at 11th and Pine into a mixed-use apartment complex.

The Scottsdale, Ariz.-based company is a private equity firm that buys and builds apartments.

Seattle Housing Authority plans to start construction next week on its first project in the redevelopment of Yesler Terrace: a six-story apartment building and nine townhouses — with a total of 103 units — at 1105 E. Fir St.

A groundbreaking event is set for Thursday, and is by invitation only.

Completion is set for the first quarter of 2015, Ackermann said.

As part of the first phase of replacing and renovating Yesler Terrace’s low-income units, SHA will also renovate the Baldwin apartments, a three-story, 15-unit building east of Yesler Terrace.

SHA plans to replace 561 low-income units at Yesler Terrace and build another 290 units in the area.

When the redevelopment is complete, the 30-acre Yesler Terrace site could have as many as 5,000 housing units, 900,000 square feet of office space, and 153,000 square feet of retail and community space. It could take 20 years to complete and cost as much as $2 billion.

Construction will begin early next year on the first private apartments at Yesler Terrace. Spectrum Development Solutions and Gracorp Capital Advisors will build 120 low-income units at 103 12th Ave., at the corner of 12th and Yesler Way.

Iconic house for sale… Anyone?

The modern, four-bedroom home in a Chicago suburb has this steel and glass garage.

“Ferris Bueller’s Day Off” has held up for 27 years as a cult classic teen movie. One of the most memorable images is the steel-and-glass garage of a house owned by the parents of Bueller’s buddy Cameron.

The modern, four-bedroom home in the Chicago suburb of Highland Park is for sale. According to a listing with Coldwell Banker, the asking price is $1.5 million.

It was originally built in 1953 for Ben Rose, a wallpaper and textile designer, and was designed by A. James Speyer, a well-known Chicago architect.

Here’s a link to the listing if you’re interested: http://bit.ly/1cce5mt

Sadly, the classic red Ferrari the teens used to race around Chicago is not included. 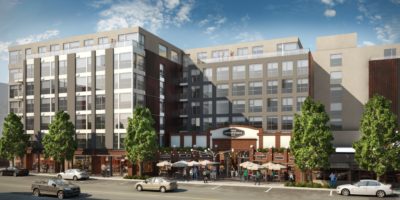 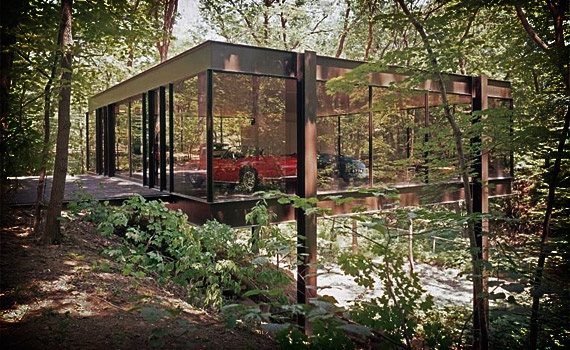