Mack Urban just opened its second apartment complex in the Fremont/Wallingford area and both are filling up.

Ray is a four-story, 137-unit complex at 3636 Stone Way N. with one large building and a smaller one. The first residents moved in May 2 and it is 27 percent leased, said Morgan Combe, a senior property manager for Mack Urban.

Velo is a 171-unit building at 3635 Woodland Park Ave. N. that opened last September and is 85 percent leased.

Mack Urban has put both buildings up for sale, with David Young, Corey Marx, Seth Heikkila and Matt Kemper of Jones Lang LaSalle as the listing brokers.

Young said in a statement that job growth in Seattle and Fremont as well as demographic trends make the buildings attractive to both renters and investors.

Mack Urban wanted to create distinct identities for Ray and Velo to make them stand out from the competition — and to make sure they don’t cannibalize each other.

“We’ve seen people touring both buildings, and they either love Velo or love Ray,” Combe said.

Baylis Architects and Exxel Pacific were the architect and contractor for both buildings.

The buildings differ in the size of units, types of amenities and “themes.” Ray has about 4,500 square feet of retail space, and Velo has live-work units and townhouses on the ground floor.

Rents are about the same on a per-square-foot basis, averaging a little less than $3.

Ray’s theme is light, and bold colors play a big part in the design. The model unit has large, operable windows onto Stone Way. Fixtures and finishes inside tend to be light colors, while the exterior is deep red and white, with blue rocks flanking the entry to bring some color to Stone Way. Blue rocks are also in some of the planting areas inside, and bright oranges and reds carry through the complex.

The average unit at Ray is about 664 square feet, and Velo’s units are a little smaller. Ray is on the bustling Stone Way corridor, while Velo is in a quieter spot.

Velo — French for bicycle — is designed around bikes because the site is near Burke Gilman trail and in a bike-friendly neighborhood. The design team considered bikes in everything from the unit layouts to placement of parking and even artwork.

Units are set up so it’s easy for tenants to store bikes, with space to hang a bike by the door that keeps it hidden from view in the apartment.

Elevators, halls and doorways are wide to accommodate bikes.

The theme was such a hit, Combe said, that Mack Urban is adding another bike storage and maintenance area.

Velo has two big common areas: one on the ground floor, and one on the roof. The first floor has a TV room and conference area so people can work from home. On the roof is an outdoor space with a P-Patch, seating and views across Lake Union. An enclosed area houses a kitchen, seating and a TV.

Ray’s amenities are spread throughout the building rather than concentrated in a few areas. Each floor has a small, intimate space with a theme spelled out in red neon sign.

The ground floor has a gym, and bicycle storage and maintenance area. A corridor leading to the gym will have rotating works of art. The second floor theme is “relax” so there’s a small lounge. The third floor theme is “eat,” with a kitchen and dining table. The fourth floor is all about “play,” with a pool table and a big TV.

“Ray is anything but typical,” Paul Keller, founding principal and CEO of Mack Urban, said in a press release. “The artistic and independent boldness of Fremont was our design inspiration. I love the neighborhood’s self-promotion as the Center of the Universe and asked the project team to put standard design notions aside.”

On Ray’s rooftop is an orangery, which is a greenhouse for orange and lemon trees. Orangeries were popular in upscale residences as far back as the 17th century.

The roof also has grilling areas, different types of seating and 17 planters that are managed professionally.

Mack Urban has a third apartment project in the area at 1321 N. 45th St. that is now under construction. 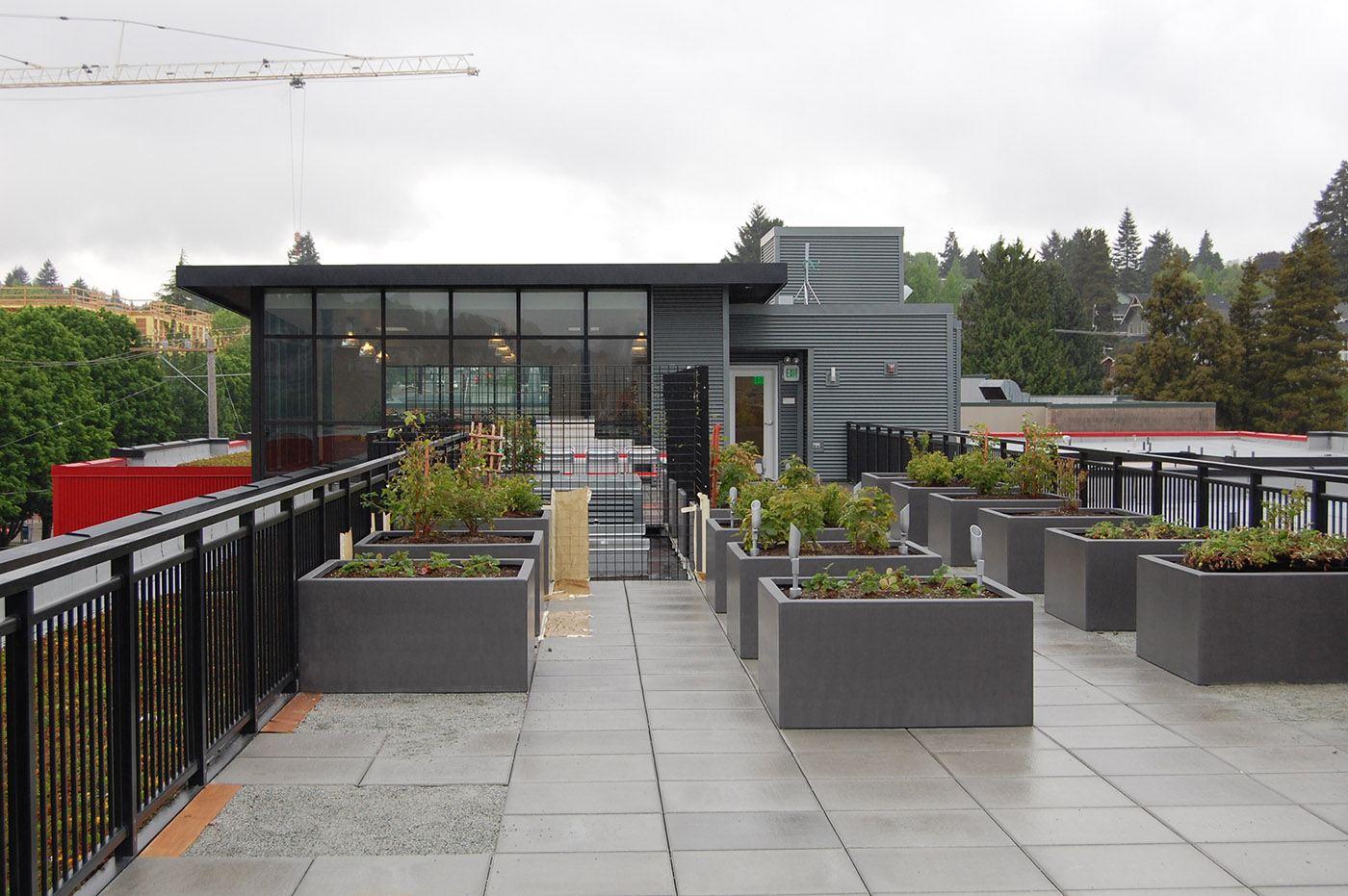 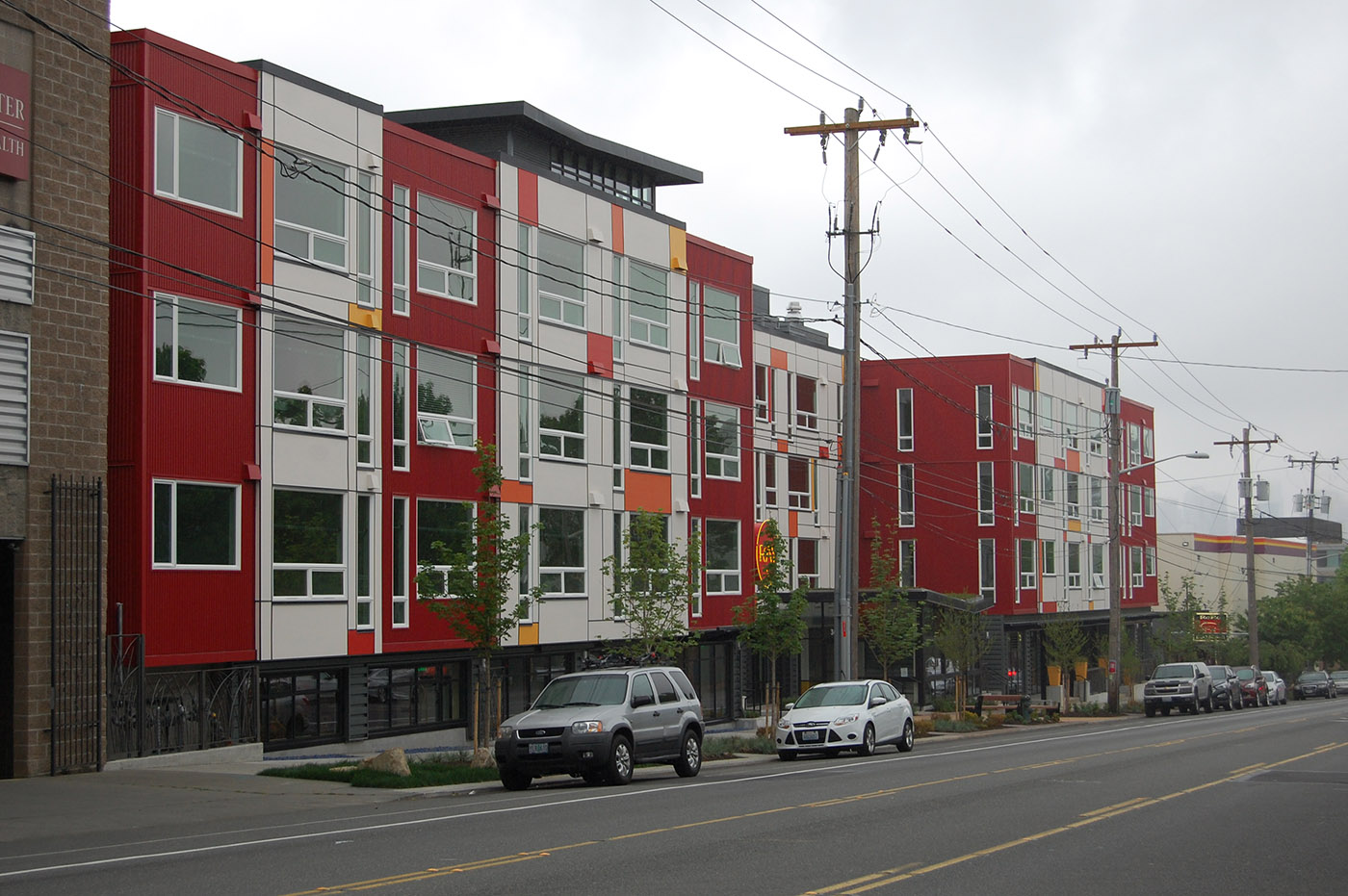