Developers today are faced with the challenge of creating ever more sustainably developed communities.

This requires looking beyond the energy-efficient lighting, appliances and plumbing fixtures now ubiquitous in the market or required by energy code, and discovering new approaches to sustainability and energy efficiency.

Pursuing unfamiliar paths to achieve those objectives can be an effective strategy, and this is the approach Vulcan Real Estate took in our most recent full-block redevelopment project in South Lake Union.

From the outset, the project team made a commitment to complement the character of the neighborhood through ambitious sustainable building practices and sensitivity to historic preservation. Water savings were deemed as important as energy-savings efforts, and new partnerships were formed to establish goals well beyond minimum energy-code requirements.

For the Supply Laundry Building, a 107-year-old former commercial laundry facility, preserving the integrity of the historic structure was equally important as energy efficiency. In order to fulfill both goals, Vulcan entered into a partnership with the Seattle Department of Planning and Development, and Preservation Green Lab, an affiliate of the National Trust for Historic Preservation.

The team piloted a performance-based energy code compliance path during permitting that gave the building greater flexibility in meeting energy-code requirements while also targeting an energy performance that went well beyond code minimum. This approach, if adopted, could provide valuable assistance to historic structures caught between ever-tightening energy codes and preserving their historic integrity.

In a performance-based path, developers agree to exceed minimum code performance for the building, instead of having to comply with specific prescriptive energy requirements, which can be at odds with historic preservation priorities. This gave Vulcan maximum flexibility to utilize any and all energy-saving strategies in the building, as long as it meets, through actual post-occupancy performance, an agreed better-than-code performance goal to reduce the building’s energy by more than 50 percent over an established national baseline performance.

For instance, since we could not replace the surviving original wood single-paned windows preserved by the building’s landmark designation, interior storm windows will be installed during the winter months. This will provide the energy savings equivalent to modern double-pane windows, but will not conflict with the constraints of the landmark designation. The traditional prescriptive code would not have recognized the interior storm windows as energy-saving measures since they are temporary, but their usage clearly will.

In a typical building, tenant behavior can result in a considerable amount of energy waste. To overcome this, a variable refrigerant flow (VRF) HVAC system is specified as the Supply Laundry Building’s standard mechanical system. The VRF system can efficiently transfer heat and cold from one area of the building to another. It is designed to give the tenants more control over cooling and heating, but also requires far less energy than a traditional HVAC system.

The energy data measurement period will begin when the building is 70 percent occupied and then be assessed for an 18-month verification period. Should the building not meet the better-than-code performance target, Vulcan will revisit the design and find additional ways to meet the target.

Each building has distinct energy-saving features, allowing each to achieve a separate LEED for Homes platinum certification. In addition to standard energy-efficient lighting, appliances and plumbing, the project team looked for other methods to conserve energy and water usage.

All three buildings on the block share rainwater cisterns to harvest water for on-site irrigation.

In the 188-unit west building, the team installed a reverse-cycle chiller, which is about 2.5 times more efficient at heating domestic hot water than a traditional gas-fired boiler system. The chiller transfers ambient heat from the garage via an air-source heat pump to heat domestic water, greatly reducing energy demands. This is only the second such system installed in a multifamily project in Seattle.

The sustainability planning of the block extends beyond the buildings to street rights-of-way on Yale and Pontius avenues, where 10.5- and 16.5-foot-wide planted swales will intercept and clean stormwater runoff from a 435-acre stormwater drainage basin on Capitol Hill.

Filled with native sedges and rushes, the healthy plants and soil will remove approximately 65 percent of street runoff contaminants before discharging to Lake Union. The largest such urban swales in Seattle, they were developed by Seattle Public Utilities in partnership with Vulcan.

The swales, along with two more to be constructed on the block immediately south, are expected to clean about 190 million gallons of stormwater annually. The first two swales will begin filtering stormwater by fall 2014.

We are fortunate to be developing in a city that is on the leading edge of green building and is continually striving to reach ever more sustainable solutions for the built environment. By developing effective partnerships and implementing more flexible outcome-based options for energy code compliance, we can open the door for increased energy savings and new models for sustainability. 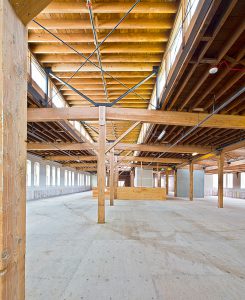 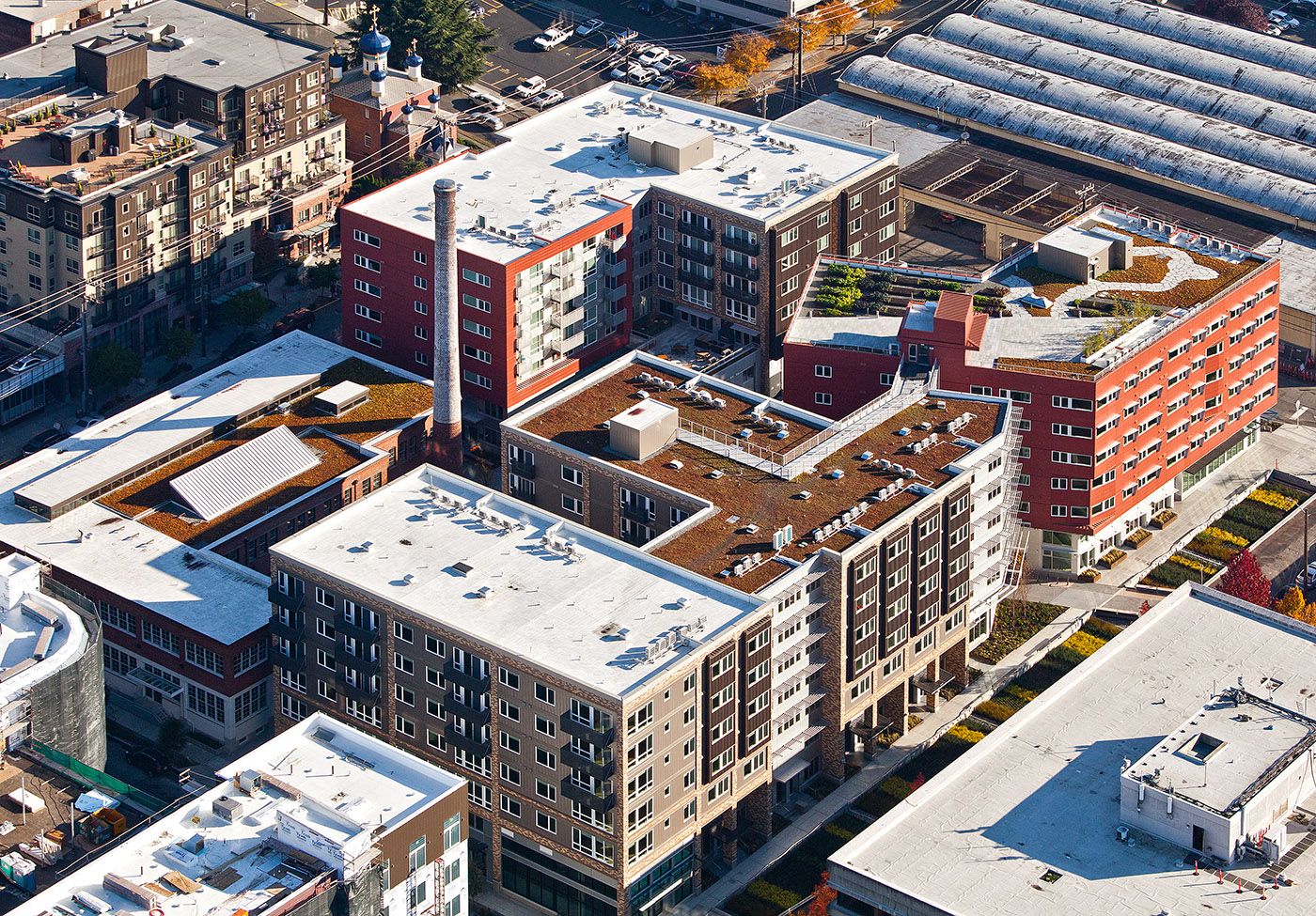