Vulcan to start 195 apartments this summer at Yesler Terrace

Vulcan Real Estate is preparing to break ground this summer on a 195-unit apartment building at Yesler Terrace.

The 1-acre site is at 123 Broadway, at the northwest corner of Broadway and Yesler.

The new building will have a mix of studios, one-bedroom and two-bedroom apartments, and a live-work unit. Most will be market-rate, but 39 will be reserved for 20 years for tenants earning between 65 and 80 percent of area median income.

Runberg Architecture Group is the architect, and Exxel Pacific is the general contractor.

The project is being designed to earn a LEED gold rating.

As part of the project, Vulcan will complete public walkways, build a plaza and do streetfront improvements.

The developer said it expects to spend $200 million on three housing projects that together will have 650 units of both market-rate and affordable housing.

Seattle Housing Authority will use funds from land sales to replace 561 aging units for low-income residents earning at or below 30 percent of area median income. New parks, walkways and other open spaces are planned. 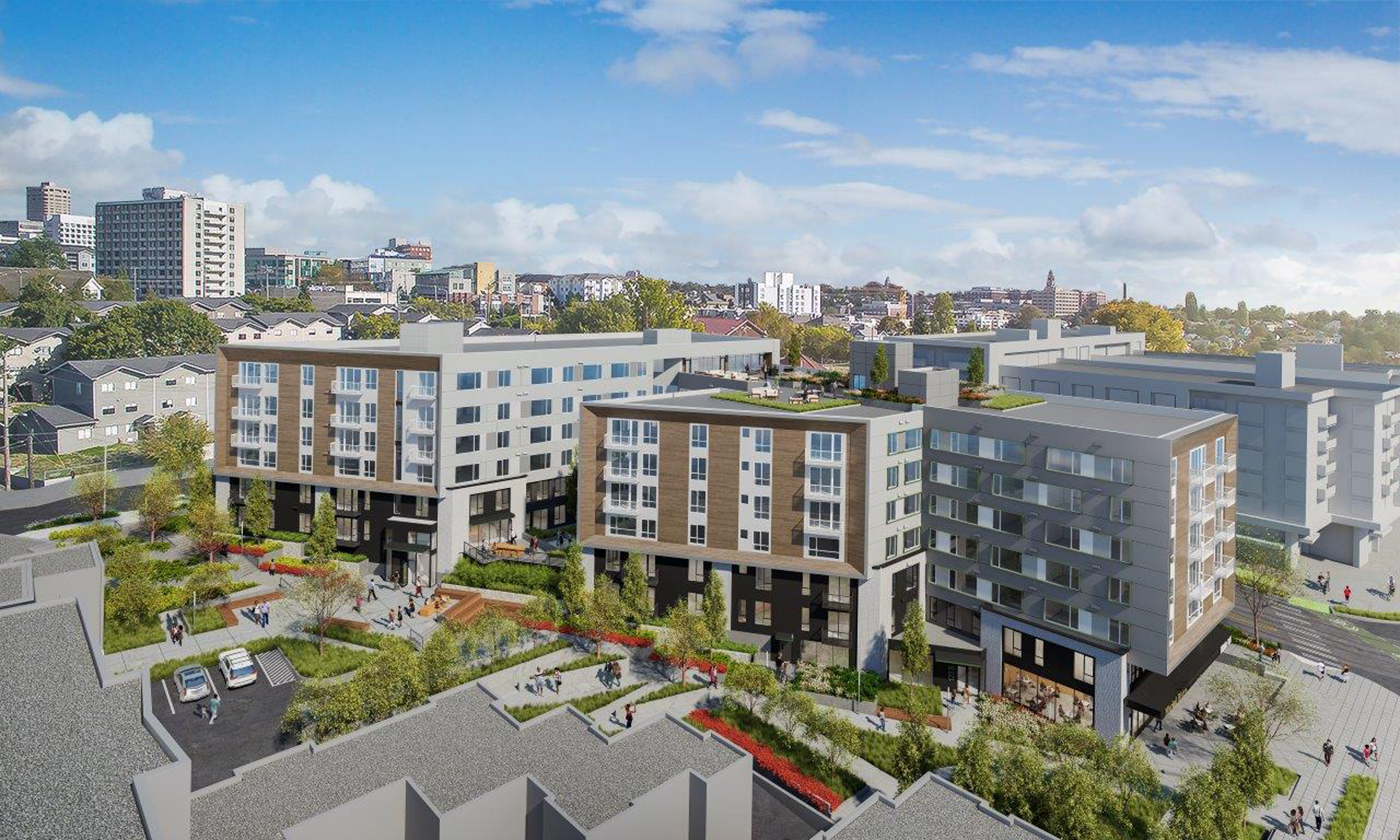