275 units going up near Seattle Center

Construction is under way on a 275-unit apartment complex with 17,000 square feet of retail at 100 Republican St. next to Seattle Center.

The project has been years in the making. Seattle developer Bob Burkheimer and Essex Property Trust formed a joint venture to build it on a site once occupied by a QFC grocery. Burkheimer said it should open in January of 2013.

Runberg Architecture Group designed the seven-story project, which will have an interior courtyard. Exxel Pacific is the general contractor. Other team members are The Berger Partnership, landscape architect; DCI, structural engineer; KPFF, civil; and Rushing, mechanical and electrical.

Union Bank is providing the construction loan. Burkheimer declined to give the project cost.

The apartments will be mostly market-rate studios and one- and two-bedrooms. Rents have not been determined. Some affordable units will be built through the city’s multi-family tax exemption program.

The retail includes two restaurant spaces on a plaza facing Seattle Center. Burkheimer said no firm has been picked to handle the leasing.

There will be about 280 parking stalls, with nearly 60 at grade.

Essex is a Palo Alto, Calif.-based real estate investment trust. Essex and Burkheimer also were partners on the 295-unit Joule on Broadway East on Capitol Hill, where another QFC once was.

Burkheimer’s family has owned the site next to Seattle Center since 1961. QFC moved out several years ago, and the space was filled by a used car dealer.

Burkheimer secured a rezone and completed an alley vacation to launch to the project. 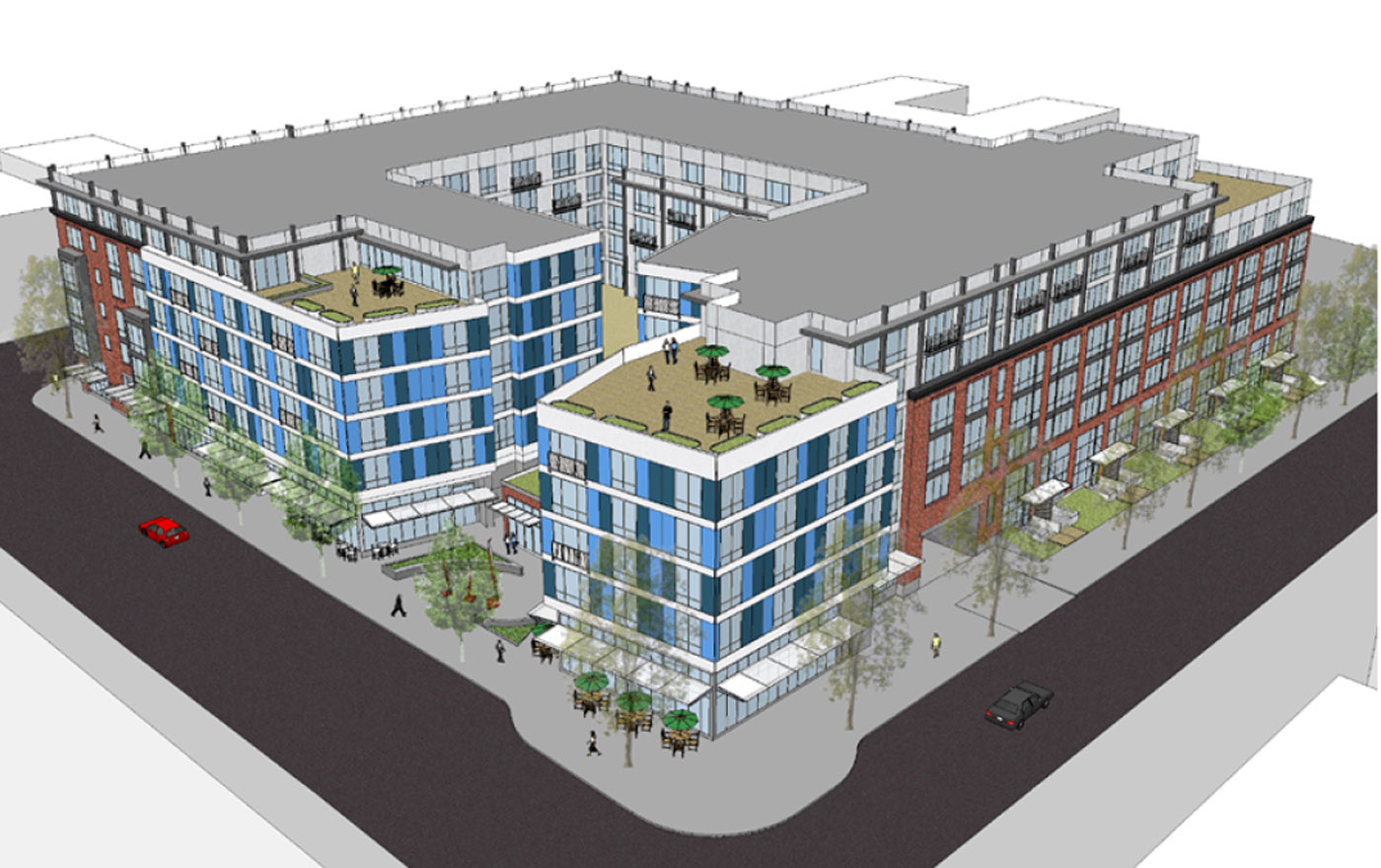