A synthetic-turf sport court was installed over the roofing membrane, adding complexity to the project.

Problem-solving, detailed scheduling, close teamwork and a detailed analysis of each building component were crucial to the project’s success.

One of the most challenging portions of the project was the stacking of different types of uses on top of each other, such as a commercial kitchen over a performing arts theater.

Typically routine roof construction was made far more challenging due to the installation of a synthetic-turf sport court over the roofing membrane.

Site constraints were also very significant. Three sides of the project were deemed off limits for construction due to neighboring business, existing structures and public use.

Project complexities required that the construction team had to value engineer nearly 10 percent out of the budget in just 45 days. There were no time-loss injuries over the 14-month project. 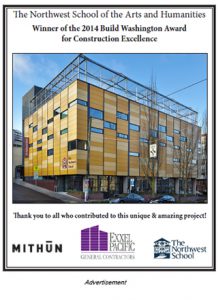 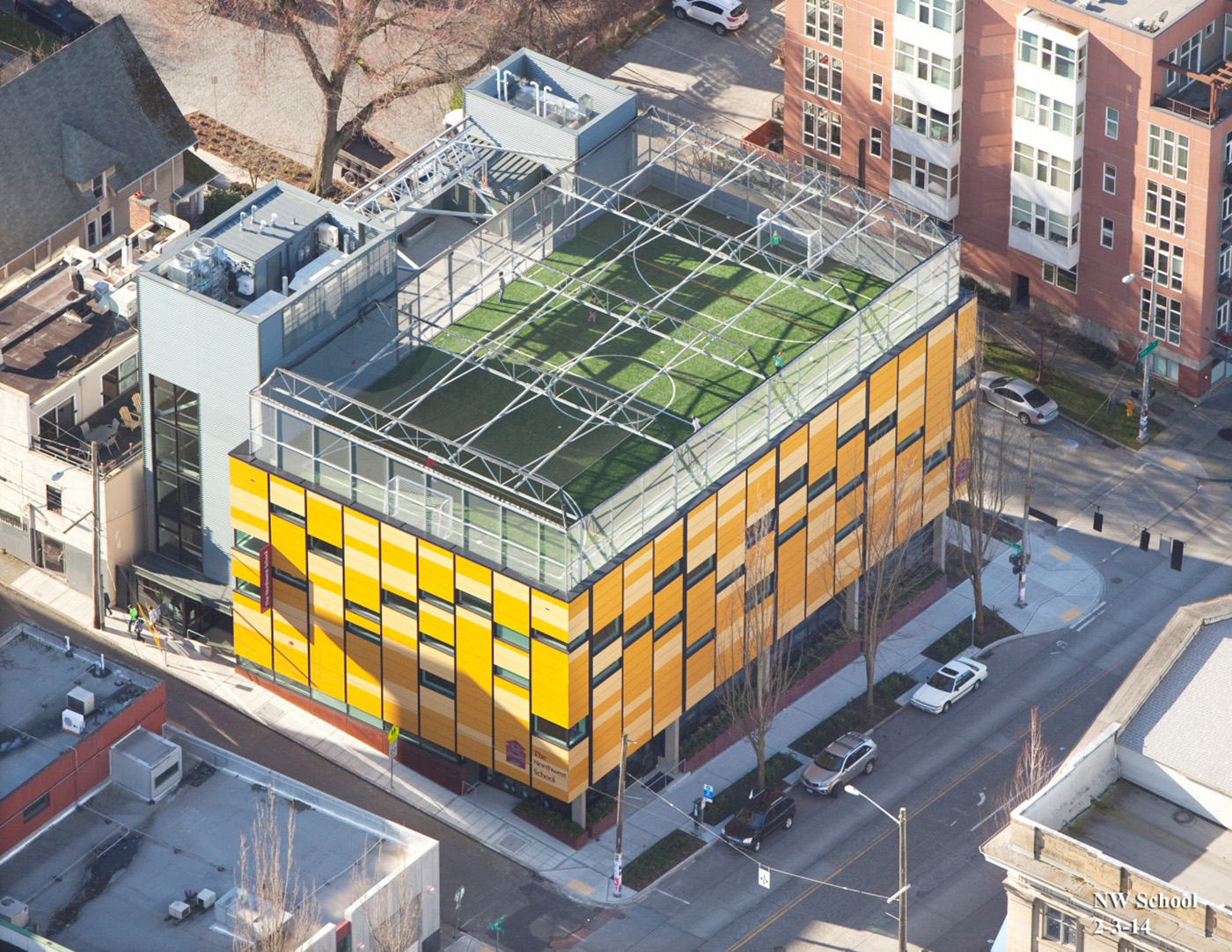