Developers do everything they can to make their new apartment complexes stand out, with the latest amenities, clever marketing or a unique design.

Vulcan Real Estate often tries to differentiate its new buildings by preserving some of their historical elements.

Historic preservation has become a trend in neighborhoods like South Lake Union, Pioneer Square and Capitol Hill where old buildings have been worked into new projects.

Vulcan has kept parts of historic structures on four past projects, and is doing so on the Allen Institute for Brain Science, which is scheduled to open in 2015.

Vulcan Investment Strategy Director Lori Mason Curran said the company chooses to preserve historic structures because there are so few in South Lake Union. They give character to an area with so many new buildings.

“What is more sustainable than using the buildings that are already there and repurposing them?” Mason Curran said.

Vulcan gets buildings designated as historic landmarks before starting a project, she said.

At Stack House, the two-story, 36,000-square-foot brick laundry has been incorporated with two modern apartment buildings.

The apartments opened in two phases last year, in August and October. So far, 66 percent of units have been leased, Mason Curran said, with rents starting at $1,400 a month for a studio.

Vulcan participated in the city’s Multifamily Property Tax Exemption program so 56 units are priced for people making 65 to 85 percent of area median income. Those units start at $886 for studios, up to $1,500 for a two-bedroom unit.

The building has a rooftop garden and two roof decks, as well as a gym, media room, guest room, conference room, business center, bike storage and underground parking for 305 vehicles.

Vulcan said the goal is for Stack House to use half the energy of an average building this size. The team is targeting LEED gold certification. 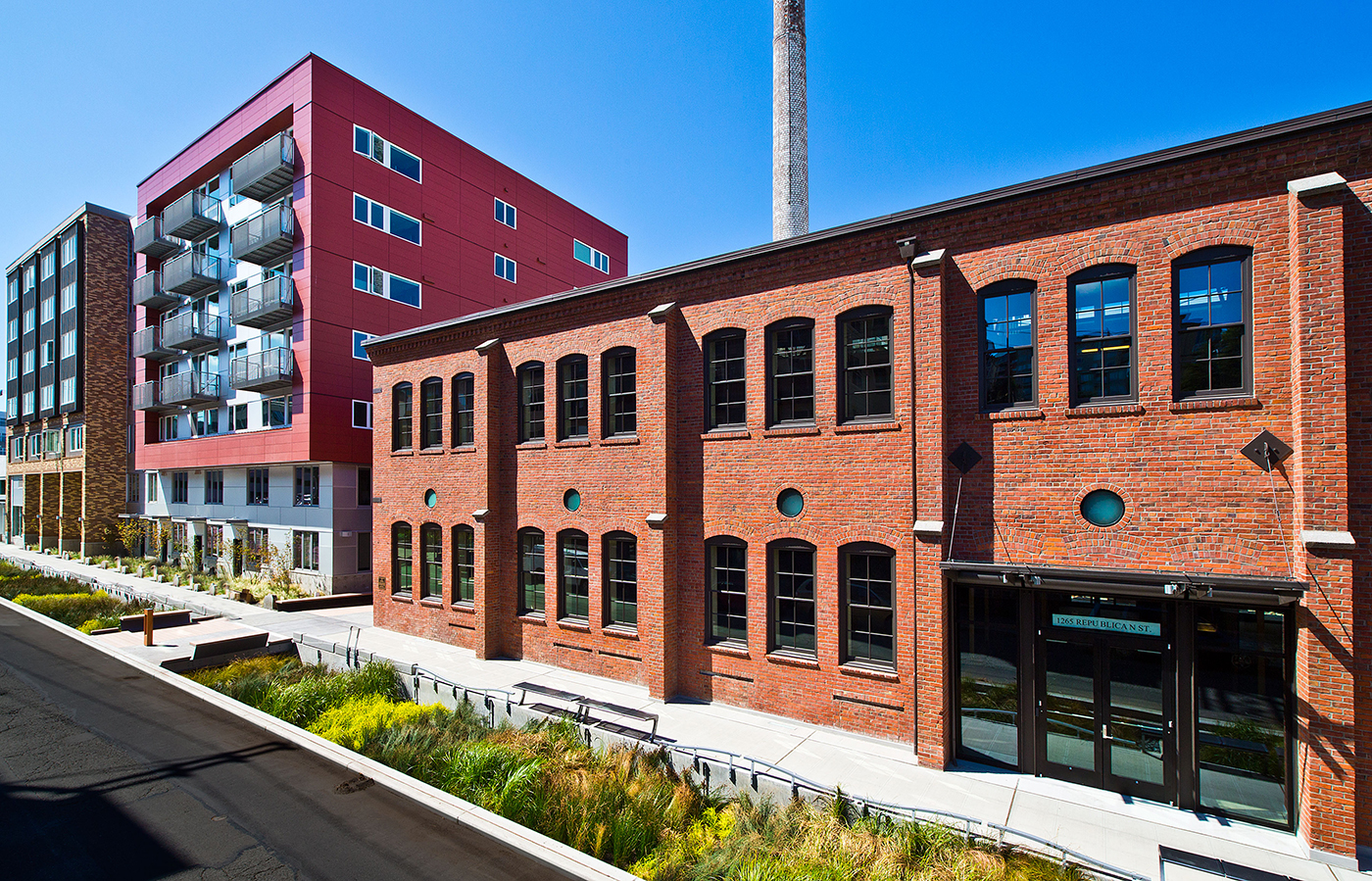