The Northwest School unveiled a $19 million dollar facility to its students this morning, one that holds a gymnasium, a rooftop turf field and a TRX workout system.

For The Fifth Quarter this week, we’ll take a closer look at the facilities. Since it is basketball season, we’ll take a closer look at what the facility means for The Northwest School’s basketball teams, but we’ll also delve into the other amenities. But first, this view is too amazing to bury at the bottom of the post, so take a look at what one sees from the rooftop turf field. Pretty cool.

The gym will be key for the basketball teams (boys and girls) on multiple levels. On the most basic levels, the teams won’t have to practice at off-campus locations. The Seattle First Baptist Church up the road has housed the squads, so have community gyms and other schools. Home games have previously been played at Seattle Hebrew Academy.

But who likes to travel to practice? Plus, the travel cuts into practice time.

Another advantage is one the average sports fan probably doesn’t think about.

“I feel like we have a place [people] can root for us, so I think it’s going to help our fan base a lot,” senior Mariah Webb said. “Without having a gym, we’d get some fans and stuff, but I think this is going to boost our morale. We’re going to have more of a school-wide team kind of thing and have people at our games cheering for us.”

The building has been years in the making. Athletic director Britt Atack said that for the past 20 years the school had been looking at open spaces within a half mile of the main campus on Summit Ave. in Capitol Hill.

“After a while, it became apparent,” Atack said, “‘Hey, we’re the only ones without a gym.’”

When the lot on 401 East Pike Street became available, the location was perfect — across a small side street from the main campus — but there was a worry that it wasn’t big enough. So The Northwest School got creative. The basement of the building houses a black box theater and the street level holds a dining facility. Up one flight of stairs and you get to the gym, which the school wanted to make sure could be a full-size regulation court.

Due to space limitations, there are only a few rows of bleachers on one side of the gym. But that’s where the planning gets creative. without space for a weight room, there is a balcony that overlooks the gym that holds a TRX training system. Theoretically, it could be standing-room only for extra basketball fans (or volleyball during the fall).

Ascend the stairs from the gym and you reach the roof, which doubles as a turf field. It’s not large enough to hold a regulation soccer field, but it is big enough for the soccer and ultimate teams to practice when they need a quick and easy place to play.

“You don’t have to get on a bus every day to get your practices done,” Atack said. “That is a beautiful thing.” 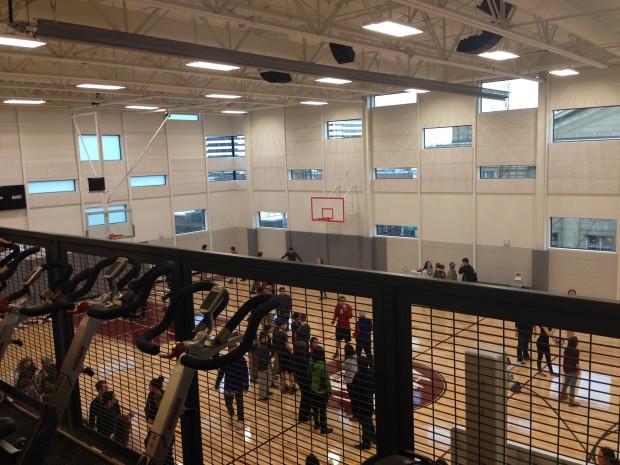 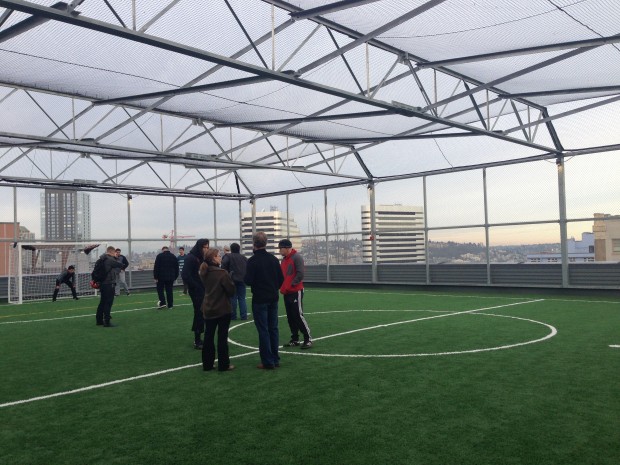