SHA opens 83 more apartments and a hillclimb at Yesler Terrace

Raven Terrace at 820 Yesler Way has 83 units; 50 are reserved for people making less than 30 percent of area median income.

Seattle Housing Authority this week will celebrate the opening of its second new apartment building as part of redeveloping the 30-acre Yesler Terrace neighborhood.

Raven Terrace at 820 Yesler Way has 83 units and was completed in December. Fifty units are reserved for people making less than 30 percent of area median income. Yesler Terrace residents who were relocated because of the redevelopment get first shot at these units.

The other 33 units will be rented to people making less than 60 percent of area median income.

Raven Terrace’s units range from one to four bedrooms. The larger units are designed for families and have separate entrances for convenient outdoor access.

Weber Thompson designed the building and also did interior design and landscape architecture for the project. Walsh Construction Co. built it. Chase Bank, Union Bank, U.S. Department of Housing and Urban Development, the city of Seattle and Washington State Housing Finance Commission contributed to the financing, SHA said in a press release.

Raven Terrace has a green roof, community room and a garage with bike storage and parking for 29 vehicles. The spaces are free to residents.

The hillclimb at 10th Avenue South also recently opened. It was designed by GGLO, and connects First Hill and Yesler Terrace with the International District and Little Saigon.

SHA’s next apartment building at Yesler Terrace is Hoa Mai Gardens, a 111-unit complex at 221 10th Ave. S. that is under construction and set to open in 2017. SMR Architects designed it, and Andersen Construction is the general contractor.

SHA plans to start construction this year on a 1.8-acre central park with a water feature, raised lounging mounds, and space for farmers markets, festivals and performances.

On the private development side, Vulcan Real Estate said last month it plans to start a 195-unit apartment complex at 123 Broadway this summer. Most of the units will be market-rate, but 39 will be reserved for 20 years for tenants earning between 65 and 80 percent of area median income.

Runberg Architecture Group is the architect, and Exxel Pacific is the general contractor.

The long-term plan is for Yesler Terrace to have up to 5,000 housing units, 900,000 square feet of office space, and 153,000 square feet of retail and community space. It could take 20 years to redevelop the site and cost $2 billion. 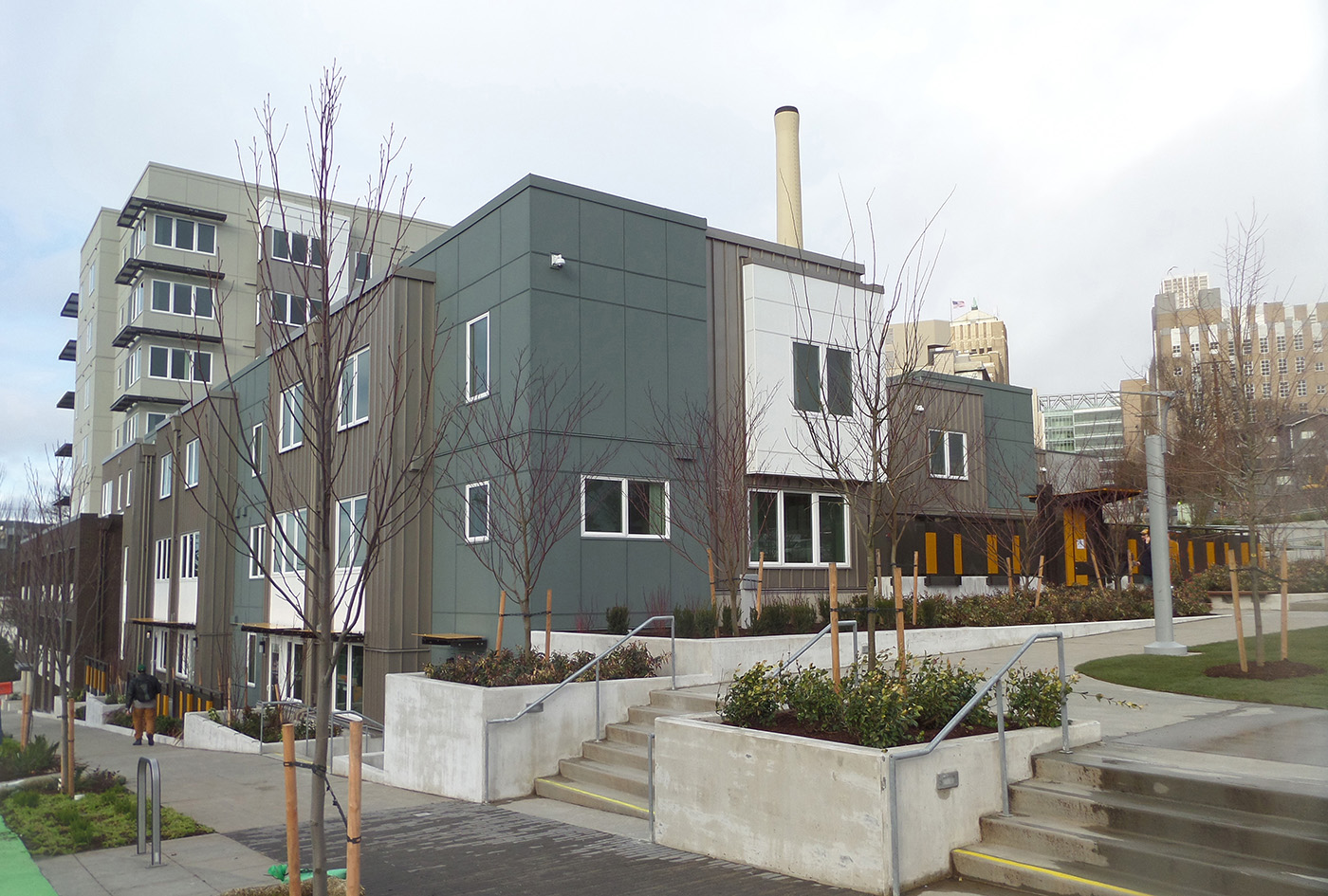